How Different Generations Can Speak Each Other’s Language 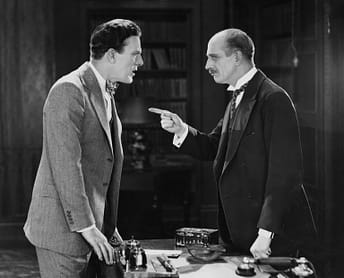 Communication or Confusion: how generations can speak each other’s language

“You just don’t understand!” How often do we hear that from other people? As a British, English speaker, I don’t speak Mandarin so I can’t understand Chinese people who do. And for many organisations globally, there’s a language problem simmering away between their different generations. Today’s oldest workers – Silents, (aged 74 to 94), and Baby Boomers, (aged 55 to 73), don’t understand the vocabulary and the communication style of their youngest colleagues (Millennials or Gen Z).

When I was a teenager, I used to hear that the US and UK are two countries divided by a common language, referring to American spelling and speech, versus British English versions. But with five generations now working inside many companies – and particularly in SME (SMB) – small to medium size enterprises – the age difference is revealing itself in more ways than with the obvious signs of additional years and greying hair.

First, there’s language and then there’s communication. With language, the world changes and it needs new words and phrases. We didn’t need words like “social media, WikiLeaks, selfie” before the dawn of the internet. We accept new fashions, so why not accept new words?

When I was growing up, I heard words like perambulation (walking), chichi (something trying to be elegant but ending up as pretentious), and catcha (a stylish woman). But these words are long gone, with the death of my grandparents (Silents).

When Baby Boomers were under 30, they were using words like “bread” (money) “far out” (excellent), and “what’s your bag man?” (What’s your problem?).

Today, we see and hear words like “on fleek” (perfect, well-executed or well-done); “cray cray” (crazy) or “my bad” (sorry); or my favourite – “lmao” (laughing my a** off). These are just a few of the thousands of new words and phrases which have been born out of text-speak and instant messaging since the dawn of the smartphone in 2007. They’re part of the vocabulary of Millennials and Gen Z  They know the language, even if they don’t always speak it.

So the next time you struggle to communicate with someone who is older or younger than you at work, don’t give up; take these steps instead: 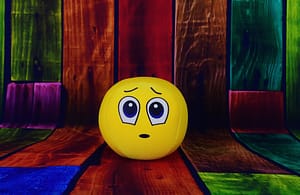 Apologise for not understanding and ask for clarification. It’s not anyone’s fault. But saying “Sorry I don’t understand, can you explain what you mean please?” (or even better speak their language: “My bad, I don’t get what you’re saying, can you give me a bit more of a heads-up?”), will avoid the conversation stalling. It’s that great, but simple rule: If you don’t ask, you don’t get.

Step 2: Accept new comms are always on the horizon

Embrace new forms of communication technology. Email was unheard of when it appeared in 1972, and wasn’t regularly used in homes and offices until the late 1990s. It’s now all-encompassing at nearly 4 billion users. But it’s under threat from the more agile, nimble and accessible WhatsApp – the messaging app that lets users text, chat, and share media, including voice messages and video, with individuals or groups. And it’s free or virtually free. It now has more than 1.5 billion users as organisations and individuals realise it’s a more rapid route to a response from well, just about anyone.

Don’t make anyone stop using the communication form they prefer. My 94-year-old adopted mother, Dodie, writes letters which she mails with first class stamps – and they’re lovely. My 18-year-old niece Snapchats me and sends me links to her Instagram feed. But she also loves to get a handwritten card for special occasions and Dodie has an iPad where she can receive emails of photos and short messages. Cards, letters, memos and phone calls can sit happily next to emails, DMs, virtual coffee mornings, skype, zoom, and video conferencing. It’s all good.

Bring groups of people together and that will encourage the sharing of ideas and information. In organisations, regular town-halls (meetings where everyone in the company comes together) and open surgeries (where a leader receives visits and chats from anyone who wants to discuss an issue with him/her), can be organised. There is no age limit or minimum; just a desire to connect. Create the space for communication and it’s going to happen.

Treat everyone at work, regardless of age, as an adult who is smart and wants to communicate fully. It’s all too easy to see someone older as past their sell-by date, or to believe that someone younger can’t comprehend a key message. Millennials and Gen Z love to communicate directly and give as much feedback as they receive. For them, respect is not a right of age, but something to be earned. If you have a message to share, then share it – and be prepared for some people to ignore it, love it or reject. (That’s been going on forever and has nothing to do with age).

And BTW (by the way) if you really want to be a great communicator – shut up and listen!