Hi, I’m Henry Rose Lee and Welcome to my Podcast.

Recently, for my podcast series Generations Across the World, I had the chance to chat with Freddy Freedman, a GenZ Entrepreneur and Inventor based in Maryland in the USA.

Freddy started by asking me about Attitude across the generations.

(Continue to the Next Episode HERE)

Freddy Freedman
My first question was, do you think each generation has a tendency in regards to attitude, and if so, should they stick with it.

Henry Rose Lee
I think it’s too simple to say that each generation has a particular attitude, but it is very easy to see generations in terms of attitude. So for example, the oldest generations. We can say that they have an attitude which is more risk averse or that is more careful. And actually that’s not really true because some people are like that and some people aren’t, and I’ve met people who are 20 years old who are risk averse and people who are 80 years old who are risk averse so I think that it is easy to see them like that, but I don’t think it’s a good idea to see them like that and I’d rather that we didn’t stereotype any generation and say they’ve got this particular attitude or that particular attitude, we should treat every individual as unique.

Freddy Freedman
Absolutely. So, so, I 100% agree there’s just a big problem with generalisations in general, it’s a bit of irony there, but it causes a huge problem because then you assign this label to just this huge group of people. And really it’s the constituents of the group that really make a difference and look at them individually.

Henry Rose Lee
Cool. So what’s dangerous, is that if we assign a generalisation to a group of people, we’re missing not only the individuality that they have but also the potential that they have. So, somebody could be 80 years old and still have many ideas for example Picasso continued painting, until the day he died in his late, 80s, and so it’s quite possible for people to continue to have an open mindset to be very interested in things no matter what age they are all you can get someone who’s 30 years old and has a closed mindset who lives in the past, who’s only interested in one thing and that’s what they go through so human beings are unique, and I also believe that in the same way that I’m unique, and you’re unique. There’s never been anybody quite like you in the past, there isn’t anybody quite like you now because your DNA, your genes your education, your upbringing, and there will never be anybody quite like you in the future. So we are in fact all unique. Absolutely.

Freddy Freedman
Is there a way that that can be a mainstream idea that a large group of people will accept that everyone is unique, instead of making these labels and classifications. And this is kind of what Gen Z actually pushes towards a little bit but do you think using that as a possibility.

Henry Rose Lee
Yes I do in my own lifetime, I’ve seen, particularly in the UK and the rest of Europe I’ve seen a move towards much more tolerance and acceptance of gender and race and creed. For example, in the UK in the last five years were much more accepting of something we call gender fluidity where people will say, I’m a girl I’m a boy I’m transgender, I’m no gender at all I’m binary I’m fluid, and I think that that’s a good thing and I often say when I’m talking to groups of people or when I’m networking when I’m doing keynotes I often say, actually, if we’re going to get world peace it’s going to be Gen Z that does it. If we’re going to get climate change it’s going to be Gen Z that Does, does it because you have, I think, in generation Z one generalisation that I will allow which is this tolerance and this openness to much more inclusion and diversity than we’ve ever seen before. And I think that’s partly to do with global communications. So we’re all getting lots of information about each other. I think it’s partly to do with global travel so we’re learning more about each other. People don’t seem so closed and strange and foreign to us anymore. And I like to think it’s because the earth is becoming much flatter as we get to understand different people so yeah I think it’s possible that generation Z are going to be the best future we’ve ever had.

Freddy Freedman
Yeah, that sounds. That’s great. I 100% agree. I think there’s a lot of potential.

Are YOU a Millennial or GenZ and fancy being a guest on my Podcast?

Then Get in touch HERE. OR Join my Insights list HERE. 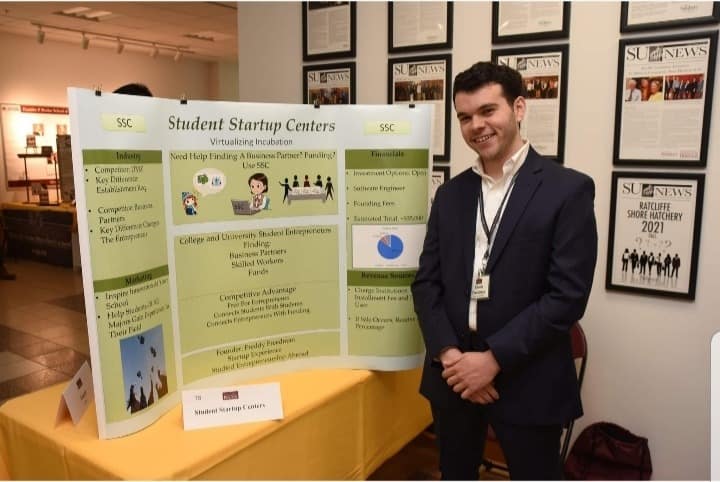